Join Our Newsletter
Shop Our Store
MAIN MENUMAIN MENU
By Matthew Maruster on December 8, 2021 in Law

House Bill 102 that the Montana Governor signed into law back in February of 2021 brought permitless carry to the state. But a District Court Judge’s ruling has put a pause on the law related to college campuses. 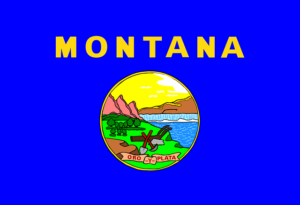 As written, the law allows concealed carry on college campuses without a permit. However, the state Board of Regents (BOR) challenged the law in court, claiming the State Constitution provides the BOR authority to make firearms policies on campuses. 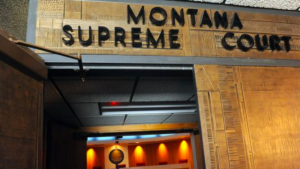 Montana Attorney General Austin Knudsen argued for the state and filed an appeal with the State Supreme Court.

We disagree with the judge’s decision. State law applies on college campuses. The Board of Regents does not have the power to pick and choose which state laws it will follow. Montanans do not forfeit their constitutional rights when they step foot onto a college campus.

Montana is, respectfully, incorrect when it boldly argues ‘[t]he bottom line is that the Legislature is the Legislature, even on MUS campuses. While that position may be true in Texas, Colorado, Utah and Georgia, the 1972 constitution delegation had the intent, foresight, and wisdom to ensure that in Montana, the BOR would be ‘free from excessive legislative control’ and political bureaucracy.

Casey Lozar, the Chair of the BOR, made the following statement.

In seeking judicial review of HB 102, we sought clarity on the question of whether the Legislature or the Board of Regents has the authority to regulate firearms on university system property. The Board appreciates the clarity provided by the district court yesterday and will await further review by the Montana Supreme Court on appeal.

In December 2020, while drafting the bill, the Legal Services Review raised this same question of the BOR’s scope of authority on the issue. The bill ultimately passed, and the Governor signed it into law. 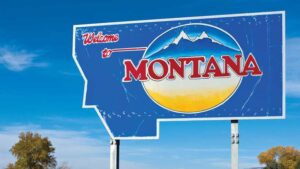 Berglee argues if the BOR could oppose state law and limit a constitutional right like the right to bear arms, could they also limit other constitutionally protected rights such as free speech, religion, and privacy?

That unelected Board of Regents members would have the ability to unilaterally limit these constitutional rights should be a concern to all Montanans.

At the time of this post, HB 102 does not apply on Montana’s college campuses.

Stay up to date with all of your state’s gun laws with our publication: Legal Boundaries by State. Not only does it include important gun and self-defense laws for every state, but it also has federal gun laws and guidance on how to fly on a commercial airplane with a firearm.

The book is available as a physical book, updated and published several times a year, or a digital version updated immediately when a law changes. This publication is far more than a reciprocity map. You won’t find a resource with as much information as Legal Boundaries By State.